Divine Uttarakhand deal in uttarakhand tour and char dham yatra packages. Book your uttarakhand tour package at an affordable price with the best uttarakhand trip itinerary. Such personalized planning & service, along with a team of highly experienced field staff make us one of the best in the trade. we can easily say been at one of the world's toughest tourist destinations. At To Uttarakhand Safety is the most important word & as an expert agent for the destination we ensure all our Tours adhere to the highest degree of Safety. Divine Uttarakhand also deals in mussoorie dehradun tour package, auli tour package, chopta tungnath trek, nainital jim Corbett tour, haridwar rishikesh tour ect. 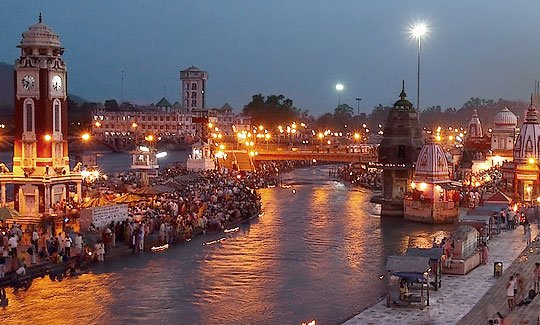 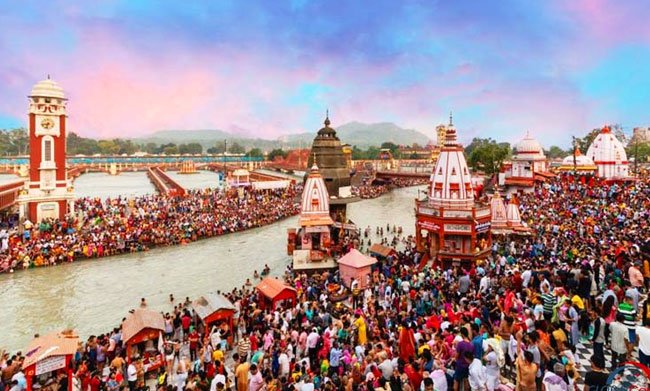 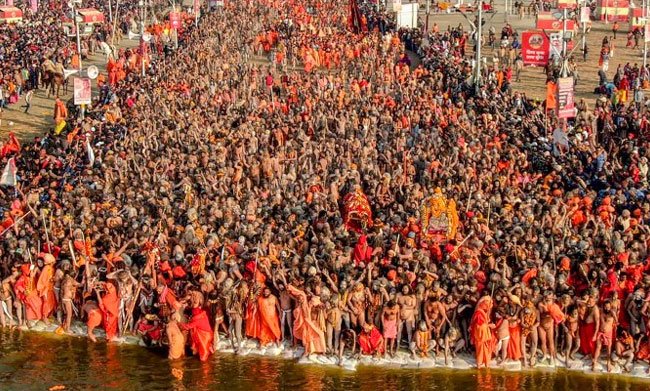 The KumbhMela in India is always catching the attention of Indians more than any other Mela in the world. Kumbh Mela gathers population more than any holy gathering in the world. The first documented account of the KumbhMela was record by a Chinese traveler Huan Tsang who visited India in 629 -645 CE. The festival is over 2,000 years old. It shows an enduring belief in spiritual ethicsanitation.


At the Kumbh Mela Haridwar, millions of people will gather to take a dip in the holy River Ganges. The dates for the Kumbh Mela 2021 have been announced. Kumbh Mela 2021 will begin on 14th January, on the auspicious occasion of Makar Sankranti. The first Shahi Snan will take place on 11th March, and the second and third ones on 12 and 14th April respectively. The fourth Shahi Snan will be held on 27th April, and on the same day, the Haridwar Kumbh Mela 2021 will come to an end.It is said that the passages from earth to planets of higher dimensions are open at this time, and so, the highly purified souls can easily go through these passages to reach the enlightened world. Unfortunately modern humans are so much trapped in materialistic pleasures that no soul in this Kaliyuga is so pure that it can reach the higher dimensional planets.
As bathing in River Ganga has unique healing beneﬁts, devotees, gurus, sadhus and Saints from across the world bathe in Kumbh Mela. Bathing in sacred ganga river during the kumbhmela festival is considered to be equivalent of performing 1,000 AshvamedhaYadnyas, 100 VajapeyaYadnyas and 100,000 Pradakshinas (Circumambulations). River Ganga is rich in minerals and has a special kind bacteria that destroys all the impurities. This is why despite of being polluted, bathing in river Ganga has not produced any kind of disease to even one of the million devotees bathing here. On the contrary, bathing in river Ganga is known to be the cure of many serious illness/diseases.

Held at Haridwar and Prayag (Allahabad), every six year

The event possesses deep religious significance to Hindus as well as other spiritual seekers. Historically, it was an important commercial event, and was attended by merchants from as far as Arabia 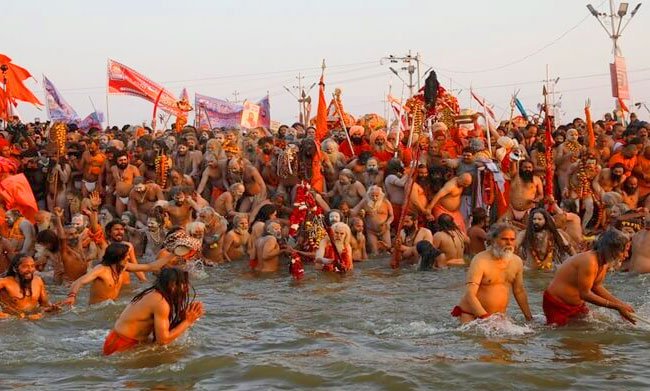 Only at Prayag, every 12 years

Kumbh Mela or Kumbha Mela (/ˌkʊmb ˈmeɪlə/) is a major pilgrimage and festival in Hinduism. It is celebrated in a cycle of approximately 12 years at four river-bank pilgrimage sites: the Allahabad (Prayag) (Ganges-Yamuna Sarasvati rivers confluence), Haridwar (Ganges), Nashik (Godavari), and Ujjain (Shipra). The festival is marked by a ritual dip in the waters, but it is also a celebration of community commerce with numerous fairs, education, religious discourses by saints, mass feedings of monks or the poor, and entertainment spectacle.

The festival is traditionally credited to the 8th-century Hindu philosopher and saint Adi Shankara, as a part of his efforts to start major Hindu gatherings for philosophical discussions and debates along with Hindu monasteries across the Indian subcontinent. 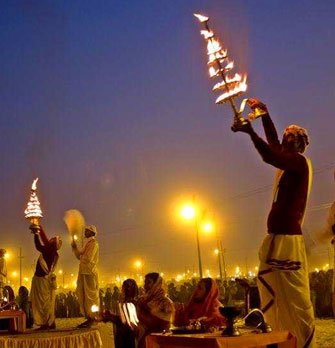 Kumbh Mela or Kumbha Mela is a major pilgrimage and festival in Hinduism. It is celebrated in a cycle of approximately 12 years at four river-bank pilgrimage sites: the Allahabad, Haridwar, Nashik, and Ujjain.The festival is marked by a ritual dip in the waters, but it is also a celebration of community commerce with numerous fairs, education, religious discourses by saints, mass feedings of monks or the poor, and entertainment spectacle

The festival is traditionally credited to the 8th-century Hindu philosopher and saint Adi Shankara, as a part of his efforts to start major Hindu gatherings for philosophical discussions and debates along with Hindu monasteries across the Indian subcontinent. 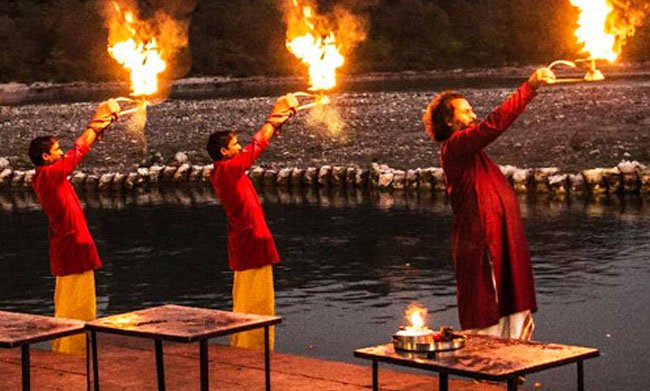 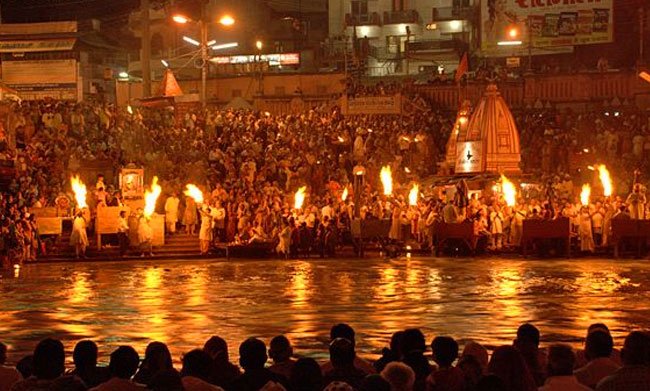 Ganga Aarti is perhaps the most important event related to the holy river. It involves the chanting of hymns, fire, flower, and more.Each evening as the sun's last rays reflect off the boundless waters of Mother Ganga, we gather for Ganga Aarti. This divine light ceremony is filled with song,

Ganga Aarti is the worship of river Ganga. Thousands of visitors gather to watch the aarti both in the morning as well as in the evening when priests hold three-tier 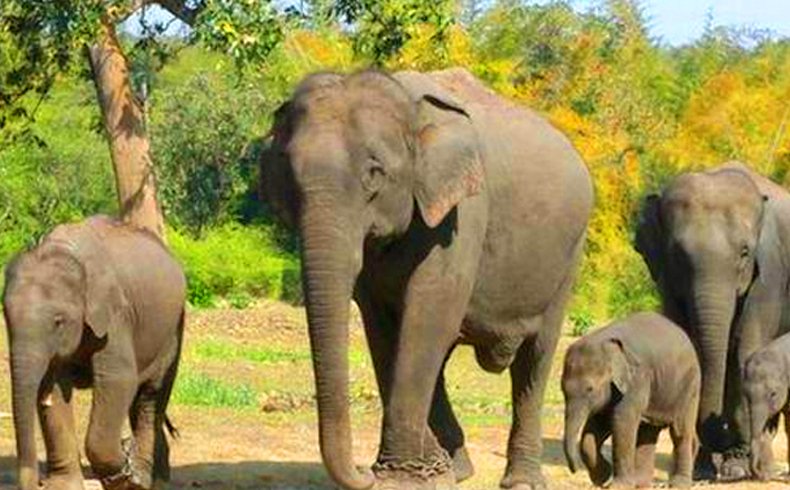 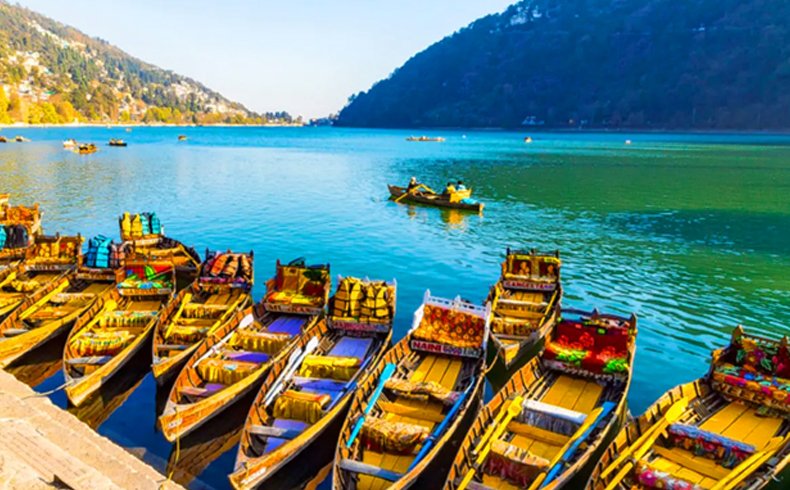 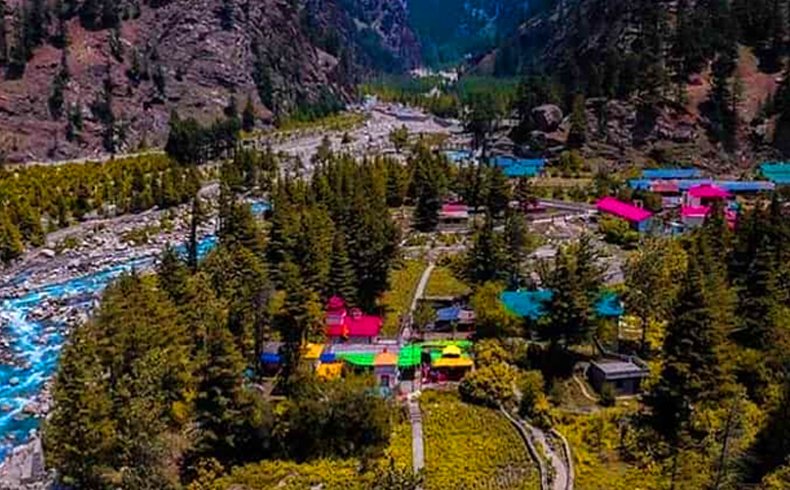 What Our Client’s Say 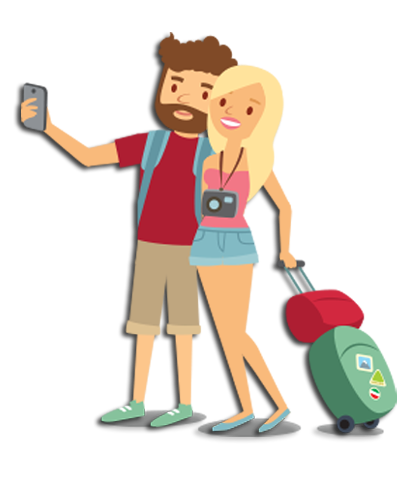 Such a beautiful experience of Uttarakhand. Mr. Rahul is a superb personality with a helpful behivour and Habbit. I just said travelling Uttarakhand travel with him 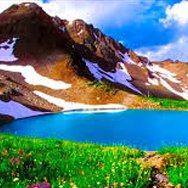 Book Your Travel reservation system is secure and your credit card and personal.

assistance to our guests, we have a 24-hour helpdesk on our property.

We offer the best hotels at the best prices. If you find the same room category 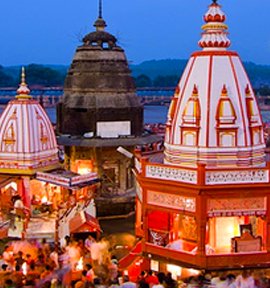 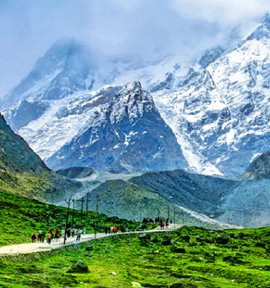 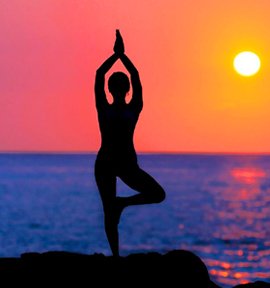 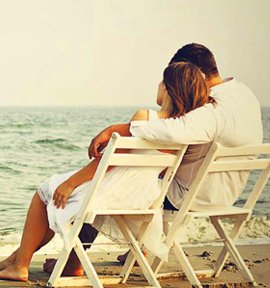 To get a deeper insight in to the mysteries and the richness of India, go for special interest tours. During your vacation, arrange your tour to visit the wild lives, monuments, beaches and temples.Exotic travel packages are offered on culinary tours, textile tours

Haridwar Full Day Tour – Mansha Devi TempleThe Mata Mansa Devi temple is dedicated to the goddess Mansa known for her ability to satisfy the wishes of the faithful who invoke her. The temple is located on Mount Bilva Parvat.

At a distance of 26 km from Rishikesh, 54 km from Dehradun, 86 km from Mussoorie, 192 km from Chandigarh and 208 km from Delhi, Haridwar or Hardwar is an ancient religious city in the Haridwar district of Uttarakhand.

Yoga nskrit: About this soundpronunciation) is a group of physical, mental, and spiritual practices or disciplines which originated in ancient India. Yoga is one of the six orthodox schools of Hindu philosophical traditions. 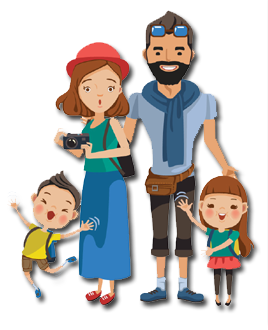 Ready to get Holiday Pakages? Get your free quote

"Beat your summer at cool Mussorie..".. "Get Divine by visiting Chardham".. "Refresh yourself at Auli" 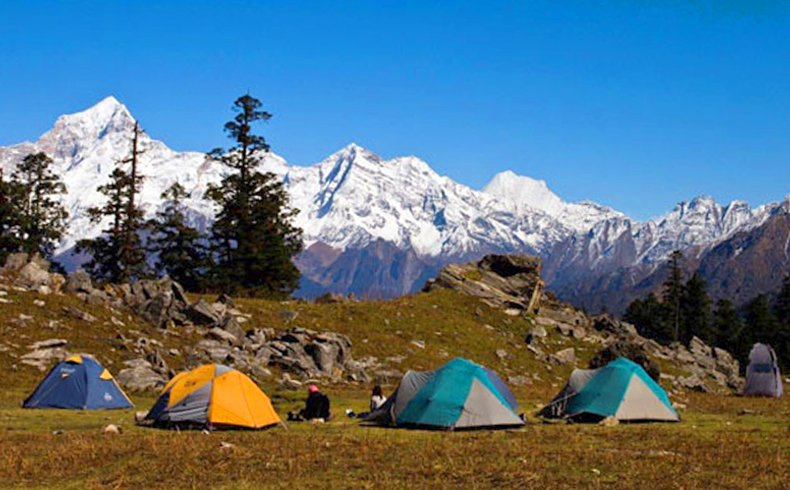 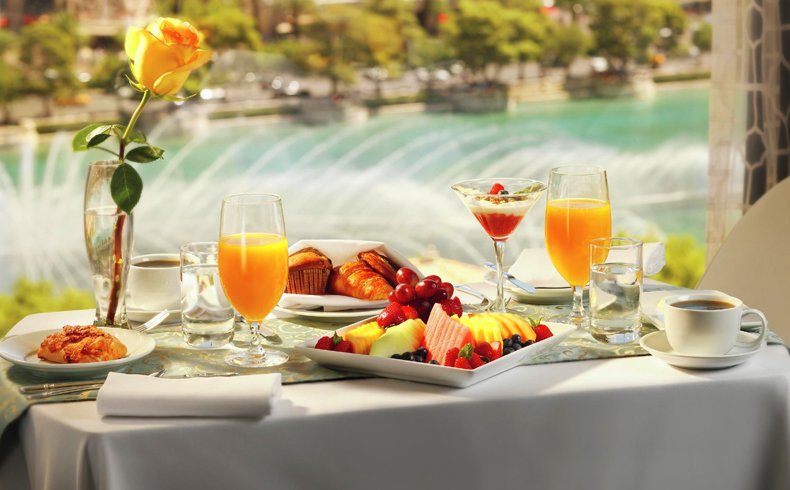 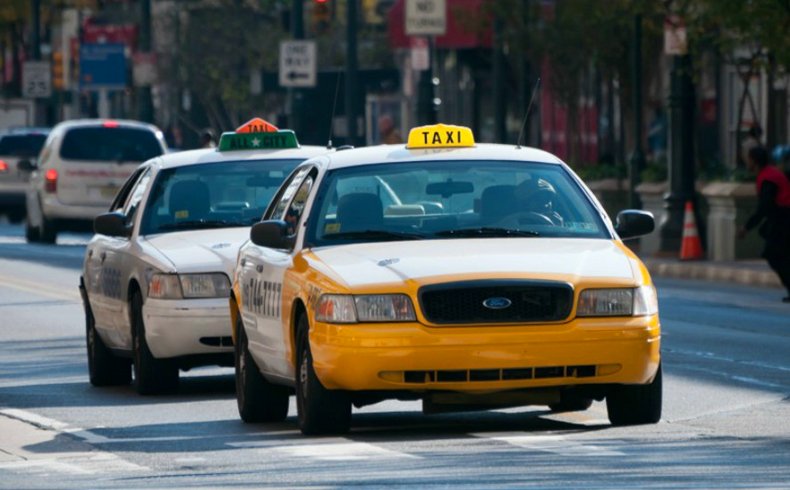 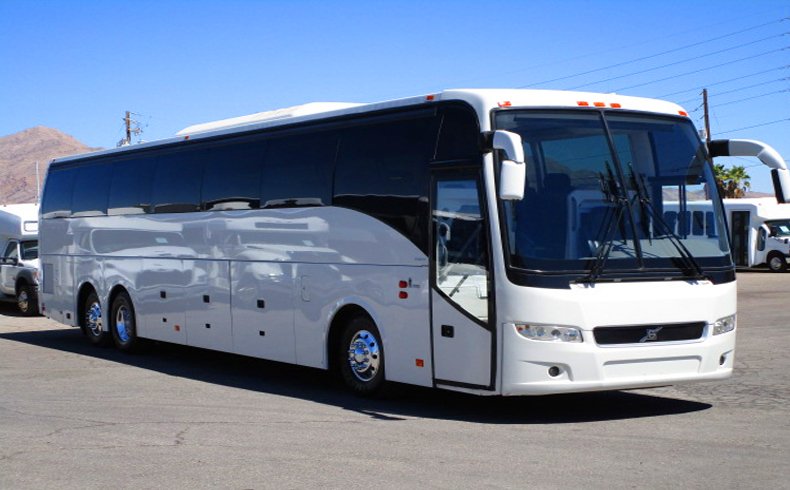